Brooks Andersen is a quickly up-and-coming visual designer in the world of competitive high school marching band. Brooks's work has been received acclaim by the legendary marching designer and Drum Corps International Hall of Fame inductee Michael Cesario. Brooks's drill and visual design have also helped bands achieve year-after-year score improvements, multi-year state finalist positions, and winning High Visual Effect scores at contest. He has spent over half his life involved in the marching and pageantry arts, from high school marching band, to performing on tour with the Blue Knights Drum and Bugle Corps in 2002. He has experience teaching marching movement and styles, full band choreography, color guard, and marching band fitness. Nearly 3,000 students from coast to coast have performed drill written by Brooks, from non-competitive pep bands to competing at Bands of America events. Locally he works closely with band directors, color guard choreographers, and students to design and teach his drill and band visuals. Brooks prides himself on writing drill and visual design that integrates flawlessly with the music being performed, color guard, and student ability, all while being entertaining to the crowd and admired by the judges. Since Brooks took his first step onto a marching field he was "totally addicted" to the activity and he continues to follow and educate himself in all aspects of it. 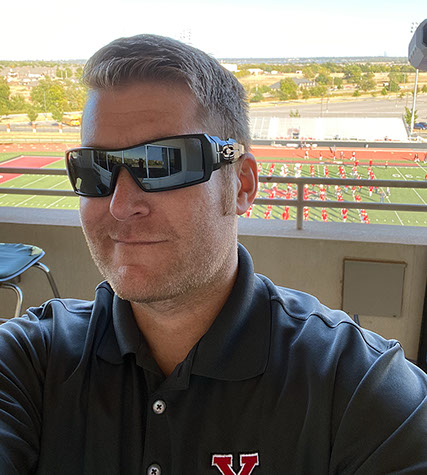 Some of my Clients